First of all, please check the contents written in elementary level.

Here I would like to think about measures for long composition.

In a short essay, you can conclude a grammar expression appropriate for the words already presented.
I do not explain something, nor present my idea.
That is, short answers are decided answers.

In other words, it is a long essay that the answer has not been decided.

Specifically, it is this kind of thing.

For example, in the case of the elementary writing essay of the 14th Korean Language Proficiency Test introduced in the previous lesson.
Since you are being asked about your favorite season, if you are beginner, write like this..

You write like this.
Actually writing just the above sentence in Korean will be about 100 characters so it will clear the goal of 150 letters in no time.
Elementary level.

But this alone will not lead to an intermediate level of 400 letters.
In other words, it is necessary to write a sentence longer.
That is the necessity to expand the logic we said earlier.

So how do you develop logic?
The answer is simple.
It is impossible to use logical conjunctions to logically develop!

This is something to notice gradually as we progress language to some extent.
At the beginning, I will memorize words and remember the fixed greetings.
But once it has passed to a certain extent, I’d like to say my opinion next time.

However, my opinion can not be expressed with only nouns and verbs.
Because opinion comes out in the talk stream.
It will be a conjunction to appear there.

I will draw a conclusion without a small difficult story.
Please memorize 10 of the following conjunctions anyway.

And 그리고
If – if it is ~ 약
Because 왜냐하면
In other words, 요컨대
Rather 차라리
Therefore 따라서

Next, there are five grammars that express reasons and assumptions.

Also, it is a rough flow of sentences
In Korean language proficiency test I am opposed to getting started!

Because it is because altruism is somewhat advanced.

Entrusive relocation means the method of constructing a sentence in which the story is written in the order “introduction” → “flow” → “yama” → “punch”.
However, in the Korean language proficiency test,
I do not want everyone to make a magnificent story.
Even with long composition, I just want you to answer that question in the long run.

That’s why I do not need the idea of ​​”entrance into and out” as soon as I hear “composition”.
So how do you write?

For example, the 16th Korean Language Proficiency Test Intermediate Writing Problems held six months ago.
The title is “happiness that I think”, explain in the sentence “When do you feel happy?”, “What do you think happiness is?”, “What kind of effort are you doing for happiness?” It is said to be like.

Writing this in the order of “conclusion” → “reason” → “conclusion”, for example, will be like this.

How about that?
If this is written in Korean, 400 letters will be exceeded well.

Although there may be people who think that it is childish sentences,
At least this will be a sentence satisfying the requirements of the Korean language proficiency test.
Actually I think that the sentence level was like this when I received Korean Language Proficiency Test Levels 4 and 6.

Repeat it.
Korean Language Proficiency Test In the intermediate long composition, you do not have to write advanced sentences or even have to write the truth.

What is being asked is

Do you know the acceptance criteria for the Korean language proficienc...

Let 's take a look at how to read the acceptance criteria of the Korea...

First of all, you will get a vocabulary list as in elementary level. ...

Also, I guess everyone already knows, It is a slightly different test...

This time , I will introduce you about intermediate listening (듣기) and...

I would like to introduce beginner's vocabulary, grammar and writing /...

I would like to introduce about the study method of concrete exam from... 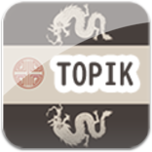